Setting the Z offset is a a key step in the process of configuring and tuning any FDM printer. Because of how the V2 is designed, this process may be slightly different than most other printers. The Z endstop sensor is a mechanical switch that is located at the back / top edge of the base plate. The switch activation is extended to an approximate level of the bed by an extension made of 5mm rod. This physical switch is used instead of the inductive probe for consistency regardless of temperature or variances in nozzle length. 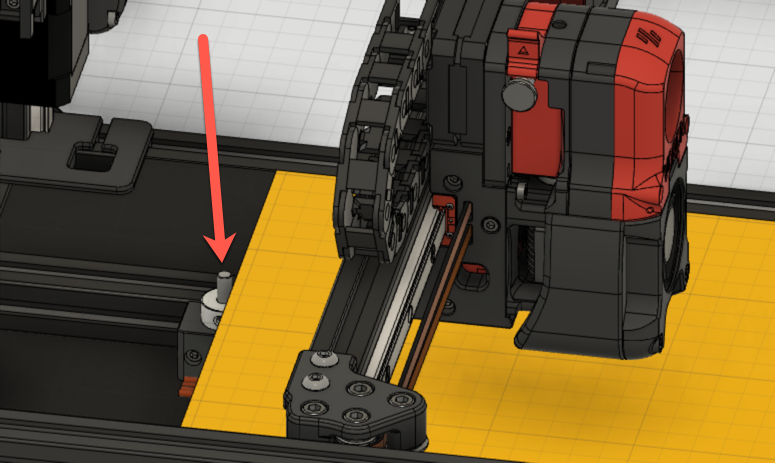 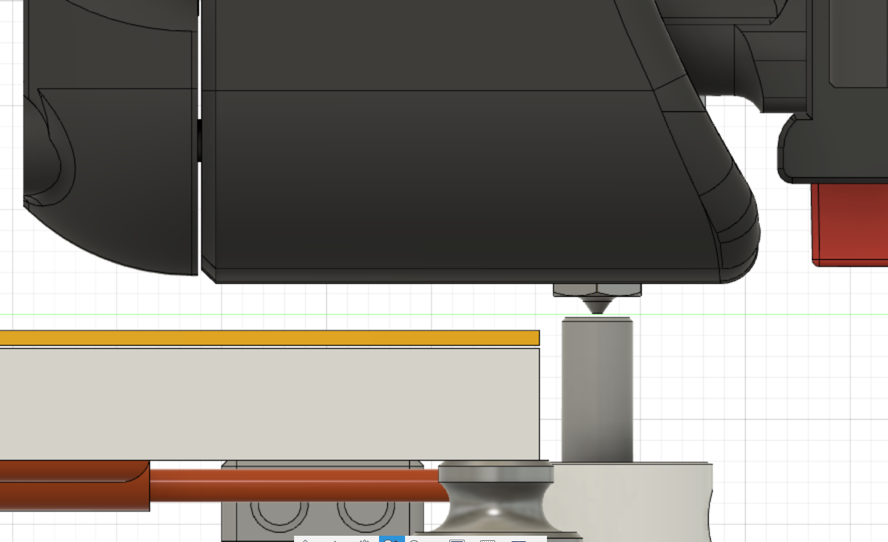 The Z endstop position value is defined in the printer.cfg file that Klipper reads. It is labeled as position_endstop and can be found in the [stepper_z] section of the configuration file.

The default for the value for the endstop position is -0.5 as a safety factor to prevent crashing the nozzle into the print surface during initial operations. This value should be set to the exact distance that the Z endstop triggers relative to the print surface.

The Z endstop position must already be set in Klipper. The endstop much be functioning and trigger appropriately during all homing operations.

Be sure that the nozzle is clean when starting prints. If there is filament stuck to the nozzle during the G28 process, it will cause the Z height to be set incorrectly. A common procedure is to add code to the startup process to run the nozzle across a brush once the nozzle is hot to ensure it is clean, if you have equipped your printer with such things. 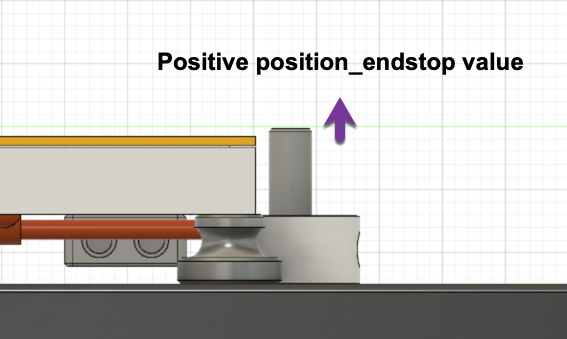 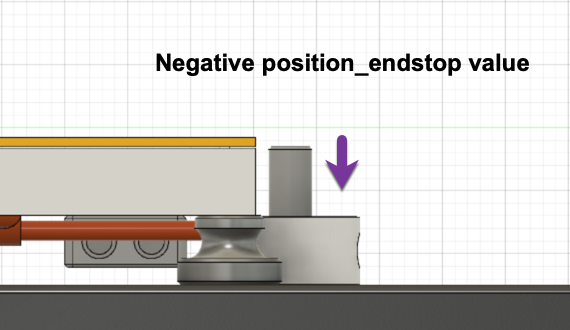 The initial Z offset can also be set using gcode or be adjusted using the front panel, typically during the skirt passes, to fine tune the first layer.

Making the position_endstop value larger / more positive will move the nozzle closer to the print surface.

Making the position_endstop value smaller / more negative will move the nozzle further from the print surface.